I purchase software for Magento thru aheadWorks.   This is a way that they have optimized their server.   Parent Technology uses Nexcess for all their Hosting for Magento. According to the recent research, 64% of dissatisfied online shoppers said they were less likely to visit a slow retailer again, 62% were less likely to purchase from the site again and 48% would purchase from a competitor. Such statistics always makes developers puzzle – from one hand, the website owner wants the application to be multifunctional and universal, from the other – it shouldn’t be slow. And the problem is always to make a solid extension work as fast as possible. Performance optimization is a good way out in such situation. Optimizing a website, you should consider providing two factors: The basic advice regarding response times that has been about the same for forty years: “0.1 second is about the limit for having the user feel that the system is reacting instantaneously, meaning that no special feedback is necessary except to display the result. 1.0 second is about the limit for the user’s flow of thought to stay uninterrupted, even though the user will notice the delay. Normally, no special feedback is necessary during delays of more than 0.1 but less than 1.0 second, but the user does lose the feeling of operating directly on the data. 10 seconds is about the limit for keeping the user’s attention focused on the dialogue. For longer delays, users will want to perform other tasks while waiting for the computer to finish, so they should be given feedback indicating when the computer expects to be done. Feedback during the delay is especially important if the response time is likely to be highly variable, since users will then not know what to expect.” Considering all this information, let’s try to provide the pages loading speed within 0.1 – 1 second with the load of 20 competitive requests by optimizing Magento performance.

What we should do

Here you can select whatever you like or what your hosting provider offers:

To avoid many serious mistakes in correct webserver configuration, be careful with Nginx settings and don’t forget to:

There are 2 obvious advantages of moving to PHP 5.4.*: But don’t forget about the disadvantage you can face: The tests showed the following results:

Open Source Proprietary As you can see below, the opcode cacher usage gives the speed increase of about 70%: 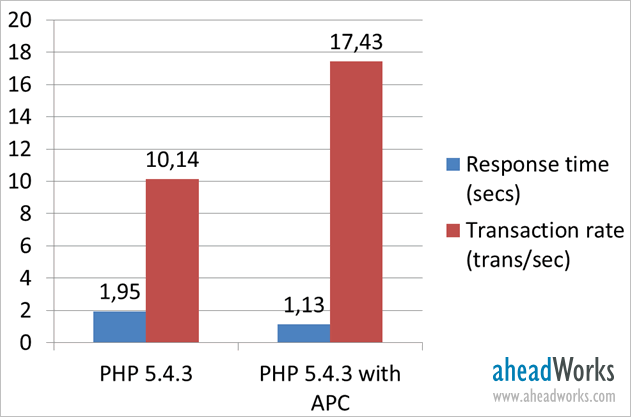 6. Change the number of child-processes in PHP-FPM depending on your hardware 7. Move users sessions to memcached 8. Move cache to APC or memcached 9. Set the higher values in the settings of PHP – realpath_cache_size and realpath_cache_ttl Let’s sum up what we’ve got after all these steps on optimization: 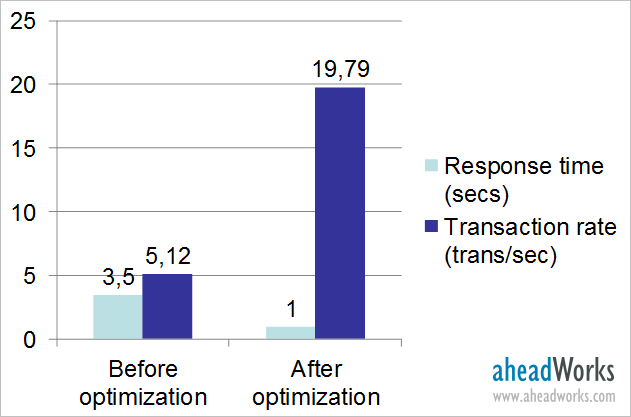 As you can see, server environment optimization resulted in reducing rendering speed in 3.5 times as well as decreasing the price of the required hardware. For optimizing your website contact Parent Technology - A leader in Magento and Joomla Website Design in Grand Rapids Michigan.

This email address is being protected from spambots. You need JavaScript enabled to view it.